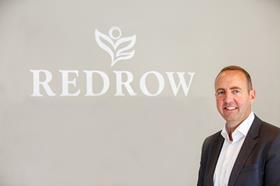 Reporting to Will Heath, Redrow’s development director and chairman of Harrow Estates, Parker (pictured) was previously a director at design consultancy Barton Wilmore.

He replaces Tim Peach, who left Redrow in May last year to become group design director at Bloor Homes.

Earlier this week Redrow announced it was planning to launch a new division in the Thames Valley next year to exploit growth opportunities in outer London and the Home Counties.