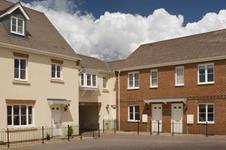 Housebuilder Redrow saw its group revenue rise 25% in the six months to 31 December 2009, compared with the same period a year ago.

Redrow attributed the growth in revenue to its 21.5% rise in legal completions, with around 1,266 homes completed compared with 1,042 in the six months a year ago.

The housing market has continued its steady recovery and as a result we have increased our legal completions by 21.5%

Commenting on the results, Steve Morgan, chairman of Redrow said: “The housing market has continued its steady recovery and as a result we have increased our legal completions by 21.5% to 1,266. However, it is difficult to see further substantial progress until mortgage availability improves significantly.”

He added: “Having reduced gearing to 11%, the New Heritage Collection was launched on 11 February 2010 and brings traditional family housing back to the forefront of the Redrow product range. It has been greeted with huge enthusiasm by our customers, staff, subcontractors and suppliers alike.

“The only negative point,” he said, “is that the roll out is being constrained by the time taken by local authorities to give planning permission on both existing and new developments.”