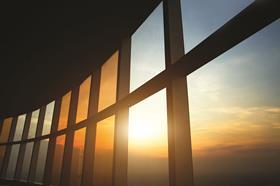 London’s property market is – quite literally – overheating, according to a report by WSP Parsons Brinckerhoff.

The firm’s report, titled Overheating in Homes: Keeping a growing population cool in summer, recommends an overhaul of building regulations to tackle the problem.

The findings build on a ComRes survey commissioned by WSP Parsons Brinckerhoff (WSP PB) published last month, which found 83% of Londoners suffered from overheating in their home at least once this summer.

The full report found that new-build homes suffered more from overheating than older homes, in particular new-build flats, which it found are increasingly better at protecting people from the cold in winter but not preventing overheating in summer.

WSP PB proposes a new regulatory overheating analysis method for all new developments, as well as a requirement for new housing developments to adhere to a “cooling hierarchy” to assess the most relevant measure to combat overheating.

It also suggests a requirement for new buildings to be designed to facilitate retrofitted cooling installations, introducing green infrastructure and “cooling pavements” to prevent overheating in cities, and creating “all-electric” cities to reduce heat from vehicles and buildings as well as noise to allow people to open their windows more.

It states that climate change, an ageing population more susceptible to heat, more energy efficient buildings which retain heat, the increase of denser residential buildings, and growing cities that are hotter than country areas– called the “urban heat island” effect – have all made overheating a growing issue.

The report also says there is “overwhelming agreement” that the use of SAP (Standard Assessment Procedure) in the current Building Regulations are “inadequate” in measuring the risk of overheating, as it uses a “basic methodology that is not realistic.” It adds: “Until a more robust definition and evidence-based methodology is embedded within Building Regulations, we will struggle to tackle the issue of overheating.”

The report says the consequences of overheating include homes suffering a lower valuation as they’re deemed less comfortable and desirable, a decline in productivity, increased demand for inefficient retrofitted cooling systems, increased peak energy demands, and increased energy consumption and carbon emissions. It proposes a number of construction details for new developments which could prevent the overheating risk, such as designing a building with a north or east orientation to limit overheating from the sun, as well as using advanced glazing technology and mechanical cooling.

Responding to the report, Association for the Conservation of Energy director Joanne Wade said: “Overheating isn’t a main issue now but will be increasingly important with climate change.

“The key thing is ventilation as well as insulation. We need to improve the quality of our building stock by making it properly insulated and properly ventilated.”