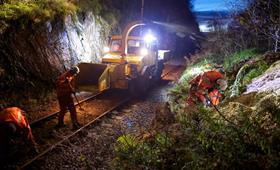 Engineering services group Renew Holdings saw first half turnover dip 7% to £261.3m and reported a pre-tax profit for the six months to the end of March 2018 of £2m after taking an exceptional charge of £10.5m, largely to cover the recent sale of its gas infrastructure business Forefront.

The firm said it continued to work on long-term frameworks at Sellafield in Cumbria which included the 10-year Decommissioning Delivery Partnership Framework, while it also commenced work at BAE Systems in Barrow, providing engineering support to the Astute Class nuclear submarine programme.

Renew said that following Network Rail’s recent renewal of the five-year Civils and Buildings Asset Management Frameworks it had extended all its existing frameworks while adding a number of new positions in the South East.