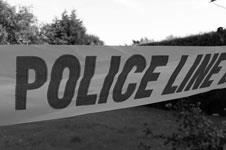 Riot police have clashed with eco-protestors near the Kingsnorth power station in Kent, where energy company E.ON plans to build a new coal-fired plant.

Around 500 people gathered at the Camp for Climate Action to protest against proposals to demolish the existing plant and replace it with a new unit.

The scheme has been approved by Medway council and is awaiting final consent from the government.

If given the go-ahead, it is expected to be up and running by 2012 and provide enough energy for 1.5 million homes. E.ON claims that the new plant would be 20% cleaner than the existing facility.

Kent police, who are understood to have clashed with campaigners over access to the protest camp, said they would have 1,400 officers on standby while the camp remained. Nine people have already been arrested.

Protestors have planned a series of climate change workshops this week and a day of direct action on Saturday, when more than 1,000 demonstrators are expected to “shut down” Kingsnorth.