Firm was acting as QS and project manager on the scheme 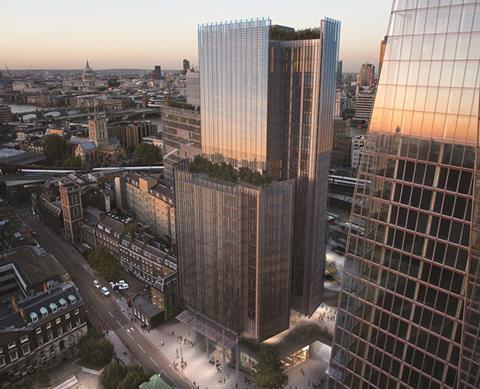 Aecom has been replaced as a consultant at the third building in developer Sellar’s Shard Quarter development at London Bridge.

Sellar and its partner developer Real Estate Management (REM) have now hired Turner & Townsend as project manager and Gardiner & Theobald as quantity surveyor on the scheme.

Aecom confirmed it was no longer working on the project but declined to comment further.

An REM spokesperson said: “The Shard Place development is on track to be delivered by 2020. REM would like to thank Aecom for their work on the development to date.

“We look forward to working with Gardiner & Theobald and Turner & Townsend as we move into the next phase.”

Shard Place is the second of the so-called ’Shardettes’ designed by Renzo Piano and replaces the former 1950s office block, Fielden House, on London Bridge Street adjacent to The Shard, built by Mace, and the first Shardette, The News Building.

The latest scheme, which is expected to have a construction price tag of £120m, will house 148 apartments, many with naturally ventilated winter gardens, and feature a roof-top garden on the 16th floor.

Building revealed last May that Mace had been given the construction manager’s role. Its work will include delivering the shell and core, the fit-out of the apartments and M&E work.

WSP remains structural engineer, while Dan Pearson Studio, which was awarded a Gold Award at the 2015 Chelsea Flower Show, is carrying out the landscaping for both the public realm and Shard Place.