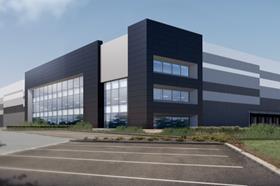 Planning was granted last month for the 2.9m ft² parts warehouse (pictured), which is being developed by IM Properties.

It will initially employ more than 1,200 people and be the logistics hub for automotive parts for the car giant which were previously handled by 10 JLR sites.

RLB, which ranked 10th in this year’s Top 50 project managers, part of Building’s Top 150 consultants survey, has also been appointed to another IM Properties scheme, the Peddimore Employment Park, a 2.7mft² manufacturing site located near junction nine of the M42 motorway.

The consultant will be employer’s agent, cost consultant, project manager and principal designer across both jobs.

Both schemes are part of a sustainable growth strategy for Birmingham over a 20-year period to 2031.