RLB shakes up team to run 'like a partnership' 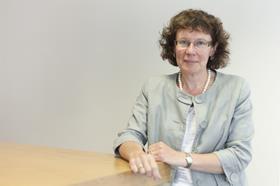 Rider Levett Bucknall UK has shaken up its senior management team and shared out executive responsibility among its six board directors to promote a more “collegiate” management approach.

RLB’s 400-strong UK division has decided not to fill the vacant chief executive role at the company, after Lance Taylor exited the role in September to become South-east development director for housebuilder Persimmon.

Andrew Reynolds and Russell Lloyd fill the two global board positions vacated by Lance Taylor and Mark Williamson - Williamson having transferred to the Caribbean to set up an RLB office in St Lucia.

Bentley told Building the management shake-up was part of a push to run the division “much more like a partnership”.

She said: “Sharing responsibility and decision making across the board reflects the fact that we’re an owner-managed business.

“As our competitors march towards becoming bigger and bigger corporate entities, we’re playing to our strengths of being owner-managed and independent.”

As part of the drive Bentley said the firm will encourage more staff to “buy in” to the business through a share ownership scheme.

Bentley said the UK division is “on track” to hit its five-year target of almost doubling revenue and staff to become a circa £70m-turnover, 600-strong business.