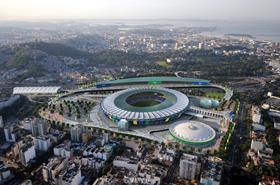 The consultant has provided cost estimates for temporary overlay installations at all 30 of the Rio 2016 competition venues.

RLB supported the delivery of temporary overlay installations worth over £650m over the course of six years on the London 2012 Olympics.

Rio is expected to follow London’s suit and include a high proportion of temporary venues and infrastructure that can be dismantled after the Games, with the aim of leaving no “white elephants”.

Lance Taylor, chief executive of RLB said: “Our experience is holding us in good stead. We are currently providing budget and cost management services to the Glasgow 2014 Commonwealth Games and England Rugby 2015 Rugby World Cup, in addition to supporting a growing number of opportunities for sports stadia and arena in the UK and internationally.”