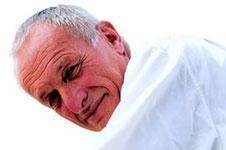 AHMM, BDP, Eric Parry and Tony Fretton also in the running for architecture’s most prestigious award

Two buildings designed by Lord Rogers’ firm have been shortlisted for the Stirling prize, in a move that will be seen as a gesture of support of the architect following the Chelsea Barracks furore.

Both the Maggie’s Centre in west London and the Bodegas Protos winery in Spain have been nominated for the RIBA Stirling prize 2009, the most prestigious award in architecture in the UK.

Other nominees include the Kentish Town Health Centre in London by Allford Hall Monaghan Morris, Eric Parry Architects’ 5 Aldermanbury Square in London, and the Fuglsang Kunstmuseum in Denmark by Tony Fretton Architects.

The sixth nominee is Building Design Partnership’s masterplan for Liverpool One, the winner of major project of the year in the Building Awards 2009 and only the second masterplan to be nominated for the prize in its 13-year history. McCormack Jamieson Pritchard was shortlisted in 2004 for the Phoenix Initiative masterplan in Coventry.

No housing projects were nominated for this year’s award, meaning that Feilden Clegg Bradley’s 2008 win for the Accordia development is likely to remain a one-off for some time yet.

But the headlines for the shortlist will no doubt focus on Rogers’ two nominations just weeks after the practice’s designs for Chelsea Barracks were withdrawn by developer Qatari Diar.

The action sparked a furious debate in architectural circles over the involvement of Prince Charles, who is understood to have privately lobbied for the scrapping of the scheme.

Rogers has won the Stirling prize once before, for Terminal 4 Barajas Airport in 2006, a year in which it was also nominated twice. This year’s buildings are the fifth and sixth the practice has had shortlisted since the prize was inaugurated in 1996.

Sunand Prasad, RIBA president, said: “This year’s shortlist really embodies the wide-ranging spirit of the RIBA Stirling prize: from a winery to health centres, from an art museum in open country to major transformations of dense inner city areas. This is a fascinating set of schemes; the judges have a hard but eagerly anticipated decision to make.”