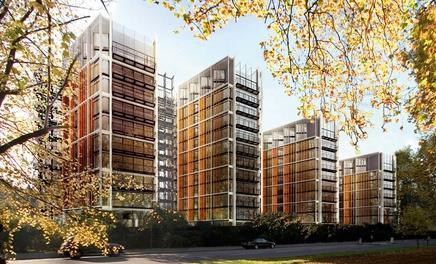 Richard Rogers’ architectural practice has filed the best set of results in its 30-year history, turning a £700,000 loss into a profit of £1.3m for the year ending June 2006.

Turnover at the firm, which changed its name to Rogers Stirk Harbour + Partners (RSHP) last November, also reached a high of £23m for the year ending June 2006. This is a 44% increase on the £16m it reported for the previous 12 months.

The loss for the year ending June 2005 was the first time the practice had been in the red. Andrew Morris, one of the directors, attributed it to

one-off expenditure. In the previous year the practice had made a profit of £712,000.

Morris said the 2006 results reflected the buoyant market. He said: “This is the busiest I’ve known it in 25 years. Projects such as Leadenhall, Canary Wharf and 1 Hyde Park are now showing up in the results. I think the next 12 months might even improve on this year as more projects, for example in North Korea, come through.”

The figures also reflect work in the US, including the Javits Conference Centre in New York and World Trade Tower 3 at the site of Ground Zero, adding £2.4m to the turnover.

The 10 directors took home £5.4m between them. The highest paid, thought to be Richard Rogers, received £610,000. The directors also shared a dividend of £313,000. Morris said that despite the record results, the practice would not be looking to sell a stake, as Foster + Partners has done. He said: “Foster owns his company whereas a charity owns ours and it would be up to them to decide to sell the shares.”