Rok trading in line with forecasts 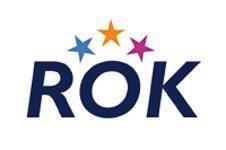 Property repair and maintenance specialist Rok has announced that trading in the first quarter of this year has been in line with expectations.

The UK-based firm said it was continuing to increase its focus on repairs, refurbishment and response maintenance and scale back on new-build general construction in the face of market conditions.

However, its new build social housing business was continuing to grow, said Rok, and it hoped to “reap the benefits of the recently announced government stimulus packages in the second half of 2009”.

Chairman Stephen Pettit is expected to tell shareholders at today's AGM: “We are on course to achieve our expectations for the full year.

“We have been particularly successful in the first four months of 2009 in securing 15 new framework agreements totalling some £350m in future revenues, up from £240m for the comparable period in 2008.”

Total forward revenue visibility under secured orders and long-term framework agreements stands at £2.7bn, up from £2.3bn a year ago.

The group said it was operating “comfortably” within its bank facilities, which are not due for renewal until 2012, and had significant covenant headroom going forward.