Scape puts the call out for £2bn civils frameworks

Firms have until next month to register interest 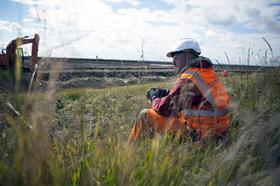 The race is on for spots on procurement specialist Scape’s civil engineering and infrastructure frameworks.

Scape is inviting bids for its £1.6bn England, Wales and Northern Ireland framework, as well as the £500m framework that covers Scotland.

It is now being reprocured for four years and as two separate frameworks with an increased value.

While there is only one spot on each framework, one contractor or joint venture could snag both contracts.

The frameworks enable civil engineering and infrastructure works in sectors for use by or on behalf of public sector bodies.

The winning suppliers may also be required to deliver minor building works as an incidental part of providing the civil engineering and infrastructure.

Bidders have until 30 March to register their interest, with the shortlisted bidders expected to be revealed on 28 May.

Scape is due to announce the winners in October to allow for a transition period before the current framework expires next January.

Victoria Brambini, managing director of Scape Procure, said: “The government has set out its plan to upgrade our national infrastructure, and our aspiration is to continue to provide a framework that allows time and cost certainty.

“Our decision to create a separate lot for projects in Scotland reflects the clear commitment of the Scottish Government to further their investment in infrastructure in a way that supports the local economy.”

Since January 2015, Balfour Beatty has been responsible for almost 100 major projects across the UK under the framework.