Schools building programme up to £10bn over budget 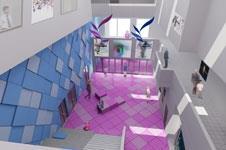 In the report the Department for Children, Schools (DCSF) and Family and Partnership for Schools (PsS) admitted the programme was over budget.

The NAO accused the government of a slow start on Building Schools for the Future programme and questioned its ability to rebuild the England’s 3,500 secondary schools on time and on budget.

Tim Burr, head of the NAO, said the DCSF was “over optimistic” about how quickly they could get the programme off the ground and said the timetable over the next 11 years was a “real challenge.”

The government has committed to deliver 250 schools a year to include all schools by 2020.

But Partnership for Schools insisted that it had learnt from earlier experience and that said that most of the challenges were to do with the "early days" of the programme.

Chief Executive of Partnerships for Schools, Tim Byles said: “As with a number of other previous reports into BSF, the NAO also points to some of the challenges that BSF faced in the early days of the programme." He continued: "Although as the report recognises, these have now been addressed, there is no place for complacency in the leadership and management of a programme of this scale and vision."

"We have been resolute in our commitment to learn lessons from the early days of BSF and will continue to do so to ensure that at every step we are maximising the impact of taxpayers’ money to deliver the new learning environments that every pupil, teacher and community deserves.”

Meanwhile, the NAO had some praise for the programme. It said it compared favourably to earlier school building programmes.

The report found that 78% of Local Authorities and 86% of companies involved in the Building Schools for the Future (BSF) programme believed that it is leading to more strategic procurement of school infrastructure than previous school building attempts.

The NAO also said that the schools appeared to be built to a higher specification than before, though cautioned that post-occupancy evaluation took a year to carry out.