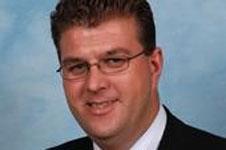 The Royal Institution of Chartered Surveyors has named Sean Tompkins as its new chief executive.

Currently chief operating officer, Tompkins will step up to the top job at RICS later this year.

Tompkins was appointed by the RICS governing council today after the current chief executive Louis Armstrong announced his retirement last month. Armstrong has held the position for 12 years and has been credited with internationalising the body. His salary iss reported at £406,000.

Tompkins, a former director of Prudential Group, joined the professional body in 2002 as a marketing director, and moved up to chief operating officer in 2006.

Max Crofts, president of RICS, said: “RICS is at an important point in its development and Sean Tompkins has the knowledge, ambition, energy and leadership skills to build on its growing reputation as the mark of property professionalism worldwide.”