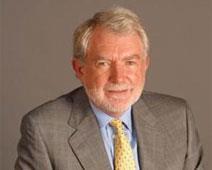 The firm, which has been hit by problems on a number of major contracts, including the Cheesegrater, where it has had to write-off £10m, said it was attempting to raise the money from shareholders in order to strengthen its balance sheet.

The rights issue, which has been offered at a share price 68.7% below its closing price yesterday, will see the value of existing shareholders’ stake in the business diluted by 70%. Severfield’s share price fell 10% on the news in early trading.

The firm said it had arranged a revised £35m credit facility with its lenders, which was however conditional on receiving the funds from the rights issue. The rights issue is fully underwritten.

The £19.4m loss for the year to December 31 2012 compares to a profit of £5.8m in 2011, and was recorded on revenues of £256.6m, down 4.2%. The firm wrote off £20.1m earlier in February on problem contracts, and said today that re-organisation to resolve the issues under new executive chair John Dodds, was continuing.

Dodds said: “These results are clearly disappointing and are primarily a consequence of an unacceptable level of performance on a small number of contracts. The issues leading to this performance have been identified and positive action is in hand to effect improvement.

“It is extremely encouraging that our shareholders, our lenders and our clients have shown strong support for the business, endorsing the Group’s market leadership, longevity and underlying potential. With the balance sheet strengthened, we are confident that the Group will move forward positively from here to achieve its long term growth objectives, both in the UK and India.”