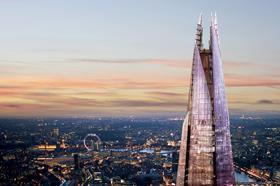 The developer behind London’s Shard skyscraper, Sellar, has begun searching for a design team to work up plans for its next major development, a £600m mixed-use redevelopment of a Royal Mail site in Paddington, west London.

Sellar has begun approaching firms to bid for the roles of architect, quantity surveyor and engineer on the project, with appointments expected in the first quarter of next year.

The developer will work with the design team on an outline planning application for the 1.1-acre former sorting office site, which is expected to be submitted as early as the end of 2015.

Royal Mail will hand over the site next month, paving the way for demolition of the existing buildings to begin early next year.

Sellar intends to work up fresh designs for the site, replacing earlier designs by Royal Mail and Fletcher Priest Architects for a mixed-use scheme, which won planning consent in 2012. A source close to the project said it was likely to comprise around 750,000ft2 of space, with a construction value of between £250m-300m and a development value of between £500m-600m.

The source said Sellar was hunting for consultants that could integrate the site more closely with Paddington station’s railway, Underground and forthcoming Crossrail services.

The source said: “The scheme has many similarities to Sellar’s [Shard] scheme at London Bridge. There’s scope to really improve the transport interchange there.

“Improving the public realm and interconnection are priorities. They are currently seeing who’s in the market. The funders are likely to have an influence in the appointments.”