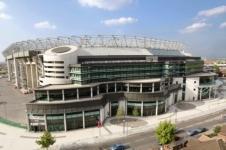 Shepherd FM has been awarded a contract with the Rugby Football Union (RFU) for technical services and building maintenance at Twickenham stadium.

The stadium was recently upgraded and its capacity increased to 82,000 spectators, in preparation for hosting the Rugby World Cup in 2015.

SES, the building services arm of the Shepherd Group, has recently completed the work to install the mechanical and electrical services on the stadium's new south stand.

Noel Clancy, managing director of Shepherd FM, said: “We are delighted to secure a further contract with the RFU for Twickenham Stadium. We recognise that this is a particularly significant time for our client with many events planned during the centenary year of the stadium and with the recent announcement of Twickenham as the venue for the final of the Rugby World Cup in 2015.”

Neil Theuma of the RFU said: “Shepherd FM was able to demonstrate a significant technical capability and understanding of the importance of system continuity and compliance. These were critical factors in the decision-making process given the high profile nature of the stadium and the volume of visitors that pass through our gates.”