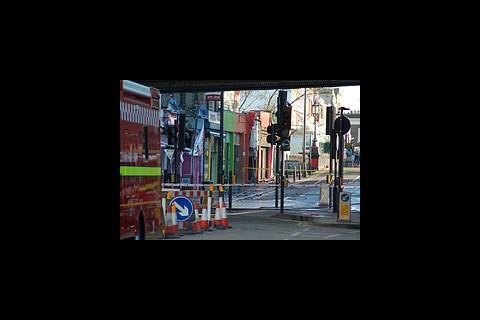 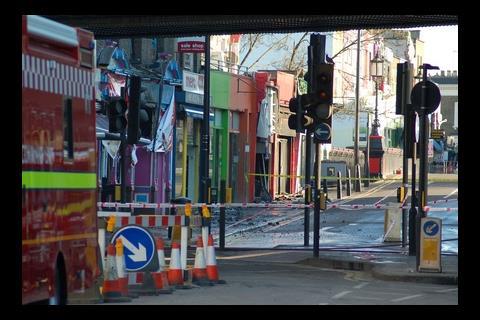 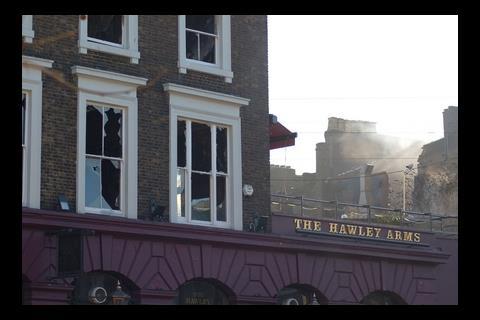 Demolition work started this morning on properties affected by the Camden fire which broke out last Saturday.

Two shops, G-Heaven and Concession, on Chalk Farm Road were torn down this morning after engineers deemed them unsafe.

Celebrity pub the Hawley Arms will not be demolished, but will the facade will be propped and work will start on inside.

Altogether, the fire damaged six shops and the flats above them on Chalk Farm Road. Around 90 stalls of the Canal Street market were damaged, 35 of them severely.

The London Fire Brigade is currently carrying out an investigation into the incident.

The fire broke out on Saturday 9th February at around 7.10pm. Around 100 fire fighters attended the scene and 550 people were evacuated.