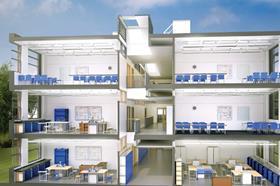 Mace, Bowmer and Kirkland, Galliford Try, and Thomas Vale have all been invited to bid for the framework, despite not being on the existing framework.

Firms on the existing framework that have not made the shortlist include Lend Lease,  Leadbitter, Rydon and Apollo.

Other big names not on the shortlist include Morgan Sindall and Laing O’Rourke.

Overall 11 firms have been invited to bid for both frameworks.

The EFA has said it will select nine contractors for each lot to deliver free schools, academies, university technical colleges, sixth form colleges, further education colleges and other educational facilities.

The existing contractor framework is set to expire in November of this year with the successful contractors on the new framework expected to be in place and bidding for work from December.