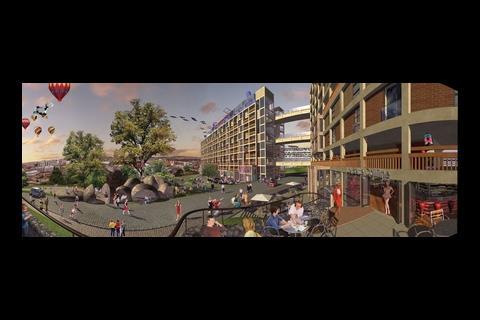 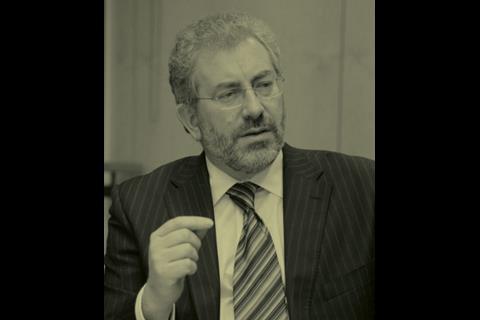 In between revitalising Sheffield, plotting the future of the Thames Gateway and trying to bring forward the start date of the vast £5bn-a-year superagency he is to run, Sir Bob Kerslake found room in his diary to talk to Joey Gardiner

Now, if I told you the chief executive of the agency that will probably become the construction industry’s largest client is a bearded former local authority boss who has spent his life in the public sector, you might not get that excited. Particularly one who was described by a former colleague as having “absolutely no sense of direction whatsoever”.

However, now is the time to drop those preconceptions. It seems that Sir Bob Kerslake, at the time of writing still chief executive of Sheffield council and the soon-to-be head of the soon-to-be instituted Homes and Communities Agency (HCA), is the object of near universal acclaim. For example, here’s Nick Johnson, deputy chief executive of regeneration developer Urban Splash: “He’s fantastic, basically. I simply can’t think of anyone better.”

Anyone who works with him tells the same story – to an almost nauseating extent – with praise heaped on his vision, intelligence and ability to get things done. And, for the record, that failed sense of direction his former colleague referred to was solely confined to trying to navigate around Sheffield.

It is hardly surprising, therefore, that a lot of people want a piece of him. I have managed to grab 30 minutes in his diary at a central London hotel between travel from Sheffield and a dinner meeting. But it is telling that despite being 170 miles from his normal stomping ground, the hotel seems to be entirely full of people who know him. He apologises when we meet: “I’m sorry, I just have to do a little piece of business first,” and he walks over to someone waiting on the other side of reception. While he is doing that, he is interrupted by a man who I later find out is the chief constable of Yorkshire: “I’m on holiday, but I just wanted to let you know we’ve always got our eye on you,” he jokes.

Kerslake’s ability to talk to numerous people at the same time will be a useful asset at the HCA. As the man who is supposed to make sure Gordon Brown’s 3 million homes get built, his decisions will have a profound impact on not just housebuilders and housing associations, but developers and contractors of all kinds.

As well as combining the traditional roles of the Housing Corporation and English Partnerships (EP), the superagency will take on a number of jobs that have until now been the preserve of central government, including housing growth plans, improvements to the existing social housing stock and the regeneration of the Thames Gateway. And to do all that, it has an annual budget of almost £5bn a year: almost as much as the NHS and Building Schools for the Future combined.

So who is the man who has to keep this beast under control?

Like fellow guitar-playing public servant Tony Blair, Kerslake got his last big job in 1997, and held on to it for just over 10 years. However, he seems to have left with a markedly higher approval rating than the former prime minister. Bill Kirk, the former chief executive of urban regeneration company Sheffield One, who worked with Kerslake on the revitalisation of the city, is another of his fans. “It was scary how he seemed to have such an intimate knowledge of exactly what I was doing, while keeping on top of everything else going on in the city.”

A softly spoken man, Kerslake is never going to be the biggest personality in the room – another former colleague describes him as an “awful” public speaker – but he nevertheless commands respect.

According to Kirk, he is also very much a man developers can cut a deal with. In the time he was at the steel city, he oversaw the revitalisation of a city centre, which at the time was reeling from the opening of the massive Meadowhall mall, created the Winter Gardens and a £500m retail quarter. He even managed to get Johnson’s Urban Splash to invest in redeveloping one of the most maligned council estates in the country, Park Hill, with minimal public funding.

So when I do finally get to talk to the great man, it does not come as a surprise that developers feature heavily in his vision. He has not had a second’s rest from his previous piece of business at the other side of the hotel lobby, but he is immediately telling me about his plans to create a body with which developers can have a “single conversation”.

There are some very good people in both organisations, but it’s going to have to be a new top team

He accepts that in the past, developers have had a complex funding landscape to negotiate: “Typically there’s been a conversation with the Housing Corporation on affordable housing, the communities department on Decent Homes and, in some instances, with EP on regeneration. The power of the agency will be the ability to use these funding streams in a flexible and creative manner.”

So far, so visionary, but these are easier things to say than to do. Kerslake’s commitment to do things differently is more demonstrated by his desire to bring forward the start date of the agency from next April to as soon as he can make it happen. He has the agreement of the existing agency chief executives for this move, he says, and the only issues are practical. And before that, he has secured agreement for both the Housing Corporation and English Partnerships to start work on the types of projects likely to be supported by the new agency.

So what types of projects will these be? First, he wants to move away from a grant-giving model of public funding to one where the public sector invests, but also expects a return. He accepts that until now the cost of doing business with government has been higher than it should. This, he says, will change, with the possibility of public land being packaged into portfolios, meaning developers may only have to bid once to get access to large tracts. “If we can develop longer-term relationships over a range of sites, that gives developers greater certainty, and achieves value for money.”

Reducing unnecessary bid costs is particularly important, he admits, given the market downturn. “In a rising market people will carry on bidding. If we’re now in a softer market we’ve got to be willing to adapt our approach.”

On to the credit crunch. I suggest that the biggest threat to house prices in 15 years is not an auspicious time to launch the agency, with plenty of evidence of housebuilders slowing production. Can Brown’s targets be met? “Clearly it’s a challenging target. Clearly it is, and rightly so.”

He does not know how long the “temporary” downturn will last but he clearly sees it as an opportunity as well as a threat. He is considering taking the chance to buy sites more affordably, and get them ready for quick construction when the market returns. “We’ve got to secure the development opportunities in that period, so that as and when things do move up, we’re ready for it.”

The credit crunch is just one of his problems, though. Getting some momentum behind the troubled Thames Gateway regeneration project, the chief executive of which left before Christmas, will be just as hard. Kerslake says he will commence a full review of the much criticised structure of delivery organisations in the Gateway, to decide whether all the bodies, including the two urban development corporations, are really needed.

Equally tough decisions will have to be made regarding the staffing of the HCA, with Kerslake sending out a strong signal that current senior executives within EP and the corporation should take nothing for granted: “There are some very good people in both organisations, but it’s going to have to be a new top team – I think that’s going to be tough but necessary.”

He will be equally rigorous about ensuring that the culture is right: “There will be people saying ‘we like it how it is’ and there will be good things about what people do now, but in the end, the agency has to have its own distinctive way of doing business.”

And suddenly, my time with Kerslake is up. We’ve had 40 minutes and others are already waiting for him. As he leaves, he gives me his final take: “The private sector wants to be clear about your long-term intentions and your basic credibility. Ultimately, the question is, can they get to a deal with you? Having a clear leadership, clear sense of direction, being able to make decisions, being able to do deals, is what makes the difference.” If he manages to deliver on that, he may just have earned a rest.

How to build a superagency

The Homes and Communities Agency has been designed to join the development and land expertise of English Partnerships, the funding clout of the Housing Corporation and a number of central government programmes. Its budget will be made up of existing funding streams. These include:

For more on the HCA search www.building.co.uk/archive

This article originally appeared in the Building dated 22/02/08, under the title "40 minutes with Britain's busiest man"