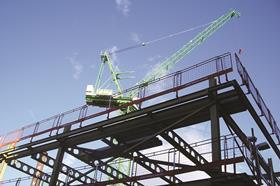 The contractor has made a number of senior appointments this summer. In June Building revealed SRM had hired former Morgan Sindall director Martin Pitt as commercial director, while the firm promoted Grant Findlay to become its regional manager for London and the South-east, having previously been deputy regional manager.

The appointments come after a period of tough trading for the contractor, including in London and the South-east. In May Sir Robert McAlpine posted a £89.7m pre-tax loss for the year to October 2014, which the firm blamed mainly on losses incurred on the huge Fitzroy Place scheme in central London.

Last October Sir Robert McAlpine’s London boss Vince Corrigan exited the firm after 30 years at the company and was replaced in his role by the firm’s director of operations, Tony Aikenhead.