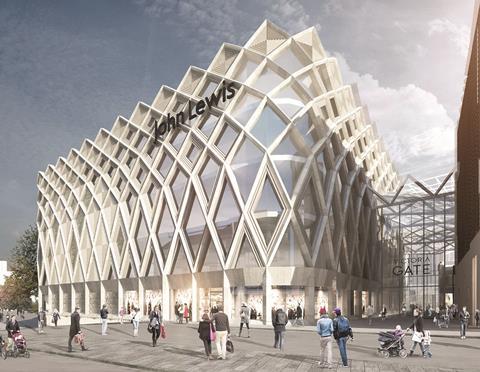 Hammerson said today that it appointed the contractor to the main construction works for the scheme which received detailed planning consent last year.

The scheme includes a 21,000m² John Lewis store, as well as retail arcade with 30 stores, restaurants and cafes, as well as a casino and a multi-story car park.

Phase one of the construction job is expected to start on site in Spring 2014.

Sir Robert McAlpine is understood to have beaten Bam Construction, Laing O’Rourke and Vinci to the job.

Vinod Thakrar, Hammerson director for project management, said: “With a strong track record of delivering schemes on time and to a high build quality, we delighted to add Sir Robert McAlpine to the Victoria Gate team.”

Richard McAlpine, of Sir Robert McAlpine, said: “We are delighted to be involved in this prestigious project. We have an established track record of working with Hammerson on outstanding retail-led developments and look forward to building on our relationship as we work together to deliver this exciting new project.”