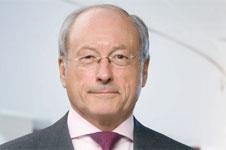 The firm has been seeking to restructure the business with founder Mark Tincknell taking over as chief executive in February.

He has since conducted a review of its major contracts designed to re-focus the business on larger, long-term opportunities.

Pre-tax profit at the firm fell 13% to £10.7m in the six months to the end of February as it was hit by £10m of restructuring and acquisition costs.

However, turnover at the group, which refurbishes and maintains social housing, rose 17% to £355m on the same period last year, and profit before exceptional costs was up by a fifth to £20.7m.

Gardner, who is 65, is currently chairman of Compass Group.