The Balfour Beatty/Vinci joint venture building the West Midlands section of the HS2 railway is looking for firms to treat and get rid of contaminated material excavated as part of the first deals on the team’s work.

The pair are working on a £5bn deal, split into two lots, to build around 80km of the route between Long Itchington in Warwickshire to the centre of Birmingham at Curzon Street and on to Handsacre in Staffordshire. Main construction work will start in earnest shortly. 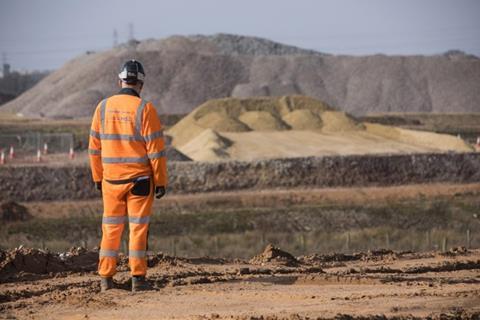 Worth around £30m, the deal to treat and dispose of contaminated materials will start in July and run until December 2026.

A second, smaller job worth £5m for deep drainage micro tunnelling is also up for grabs with this work also starting in July and finishing next March.

The Balfour Beatty/Vinci team is also working on a £1bn scheme to build a new HS2 station at Old Oak Common in west London.