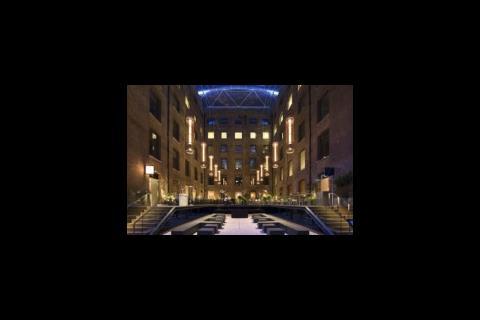 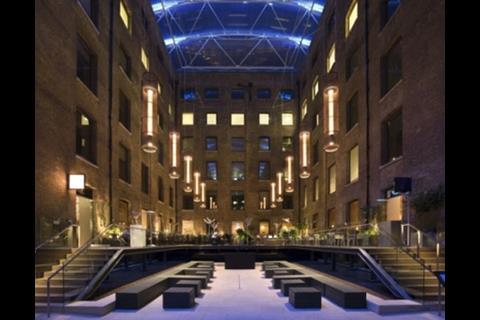 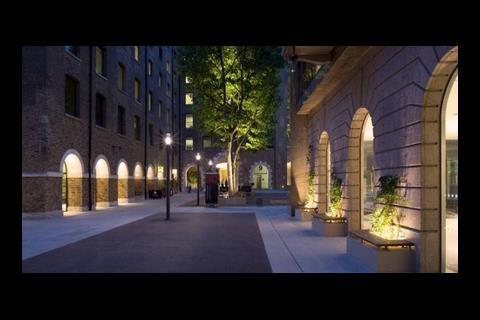 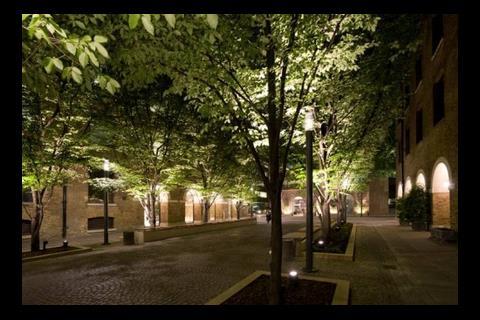 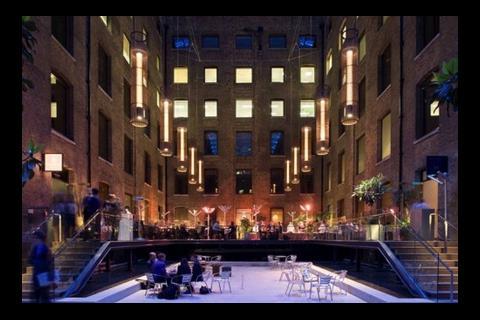 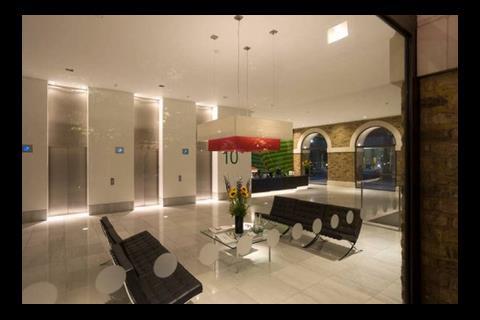 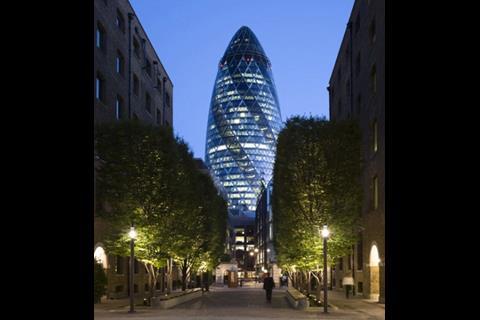 The estates 12 grade II listed buildings were originally transformed into offices in the 1970s and 1980s from their previous use from the 18th century as warehouses for the East India Company.

Then in 2006 Fletcher Priest developed proposals to improve the efficiency of the office space and encourage active use after working hours.

Speirs & Major Associates was hired as lighting consultant to help transform the site, which has now been reconfigured to include residential and retail spaces, with a covered central courtyard.

As well as extending the site's use after dark, the lighting also aimed to highlight period features and safeguard the original architecture.

Designer Andrew Howis said: “We were acutely aware that the Western Courtyard is dominated by these beautiful but slightly overbearing buildings. The role we played was in creating a more human scale at ground level without interfering with the fabric of the buildings.”

Landscape architect on the project was Whitelaw Turkington.