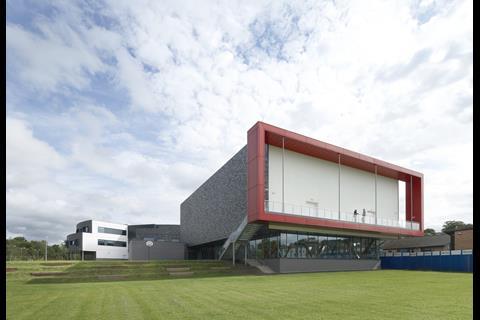 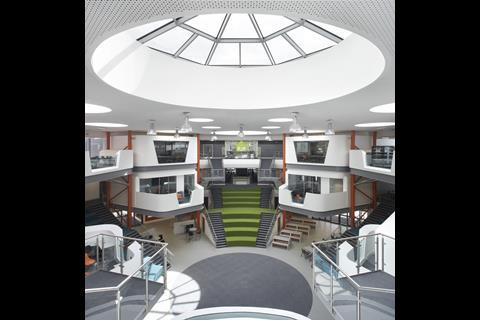 New school has been designed around a central space

Constructed by Balfour Beatty, the Voluntary Aided Roman Catholic boys grammar school has been designed by Sheppard Robson and focusses on a central space which reflects the college’s spiritual as well as educational aspirations.

Design features include a cantilevered platform on the upper levels of the staff area, library and ICT facilities. A sportshall is suspended over the swimming pool, and glazed brick exterior has been used to accentuate the circular form of the building.

David Ardill, Design Director at Sheppard Robson, commented: “Sheppard Robson is delighted to see St Ambrose College nearing completion and we hope our excitement matches that of the staff and students who will now be ‘living’ the design.

“Collectively we believe the project has encapsulated the spirit of St Ambrose and its ambitions for the future.”