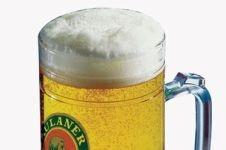 Almost half of construction workers are turning to alcohol to relieve stress after work, with about one-third doing so at least once a week.

According to a survey backed by the government’s Know Your Limits campaign, 48% of those working in the building industry consume almost one full bottle of white wine, a full bottle of red wine, two and a half pints of lager and a pint of bitter a week.

Just 16% of the industry's workforce are keen to cut down how much they drink, but two-thirds (66%) don't keep track of how many units of alcohol they actually consume.

The NHS recommends that men should not regularly drink more than three or four units a day and women not more than two or three units a day.