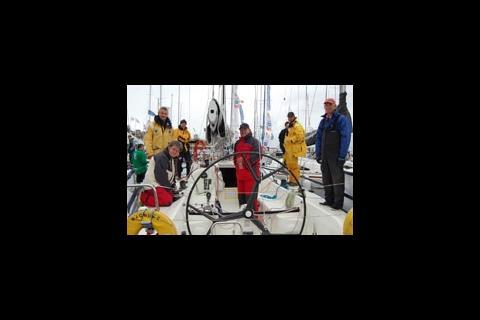 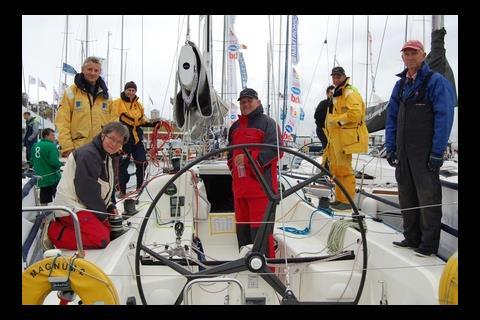 As the great and good of the construction industry set sail at this year’s Little Britain Challenge Cup, a cold front spreading across central England promised to test the sea legs of the most hardy competitors.

A low lying depression lying to the northwest of Ireland resulted in strong gusts and squalls blowing across the Solent where the sailing regatta is being held.

However, there maybe a ray of hope or even sunshine, as forecasts predict the front will clear by late afternoon paving the way for some sunny spells. Saturday is expected to be cloudy but mainly dry.

Since the first event in 1988 the Little Britain Challenge Cup has grown from three to over 250 entries and now includes more than 3000 competitors, making it the biggest regatta in the UK after Cowes Week.

A total of 261 racing boats sailed from Cowes this morning and 38 yachts raced in the largest class, the Beneteau 40.7.

Over the past decade, the event for the construction industry has raised over £1 million for sailing charities helping disadvantaged or disabled people experience sailing.