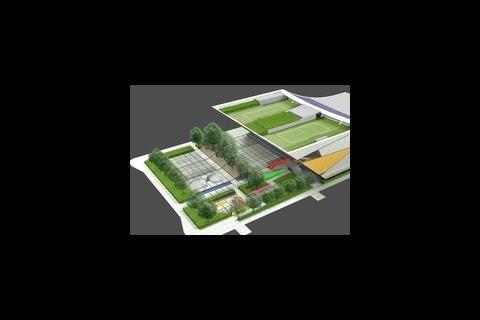 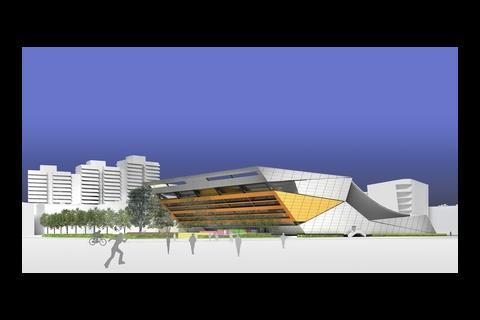 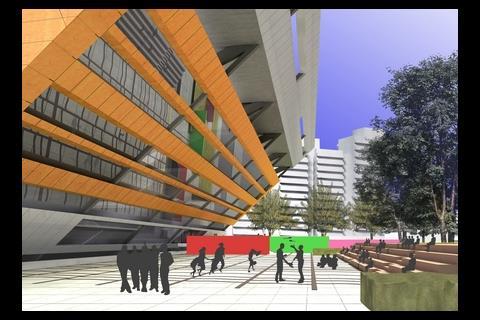 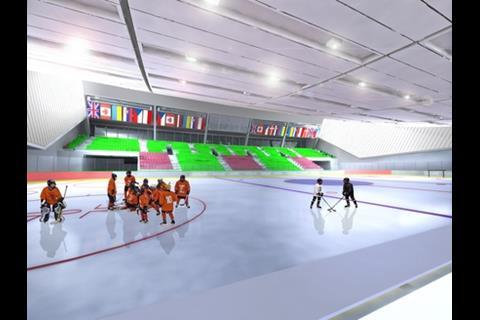 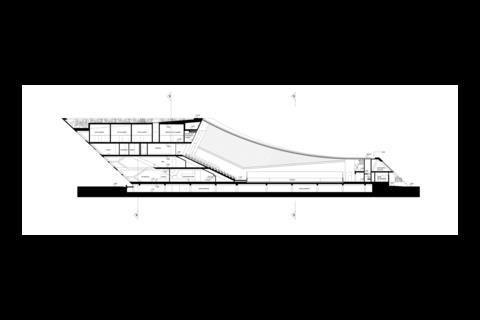 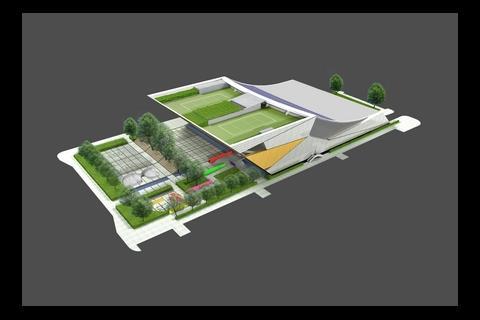 London-based architect Studio Bednarski has been named one of three winners in a competition to design a sports facility and urban park in Warsaw.

The practice beat off competition from Polish, German and Finish design teams to make it through to the last round. The local authority will now negotiate with the three companies – two Polish and one British – to select the final designer.

The mixed-use development will include an Olympic size ice arena and health club as well as conference and catering facilities.

Plans include extra space for storing removable floors and grandstands which will be used for sporting events, fashion shows and concerts.

If Bednarski’s designs are used, the building will be clad in gold, silver and bronze aluminium panels to reflect its sporting character.

The team said it decided to put tennis courts on the roof of the 12,000m² facility to free up space for an “urban park”. Designs for this space include an area for street basketball and beach ball, a skatepark and children’s playground.