Style over speed: the Porsche Museum 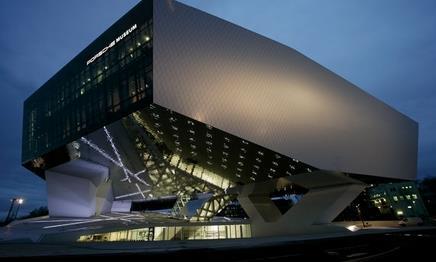 The 63,000ft2 building sits on three part-hidden pillars, which means it seems to float above its podium from certain angles. Construction was supposed to have completed in time for Porsche’s 60th anniversary in June last year, but the complexity of the building meant it was finished six months late and ended up costing twice its original €50m (£44m) budget.