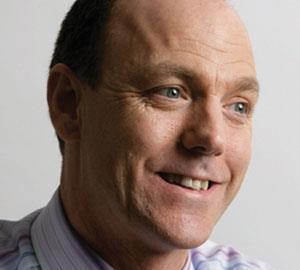 It is not the first time the company has worked in the public sector but it marks a shift away from an exclusively retail focus.

McKeever said: “We are turning our minds to public sector office work, which is quite a significant area and worthy of our attention. This framework reinforces our strategy to open up new markets for the business to supplement our core retail focus.”

Mapeley owns and manages UK property let to government and investment grade commercial tenants and the four-year deal is split geographically between Carillion, Interserve and Balfour Beatty division Mansell. Styles & Wood will look after the north and Humberside regions.

McKeever said the retail market had “gone off the boil in the short-term” with the exception of food retail, which he said was performing strongly. “We expect the general retail market to return but that could be 12 months away so we want more diverse markets when we exit this downturn.”

He was guarded about the company’s longer-term plans but said it would be open to more new sectors in the future. Asked if these included the social housing repair and maintenance sector, he refused to rule it out but said it was not a consideration in the short term.

Earlier this year, Graham Clark, Styles & Wood’s finance director, said the company was planning a push into the Middle East in order to offset the UK slump. When asked if its work in the Gulf could extend beyond the retail market, he said: “Anything is possible.”

The company, which is due to post results on 12 March that are expected to show it broke even in 2008, has struggled along with other contractors exposed to the retail sector.