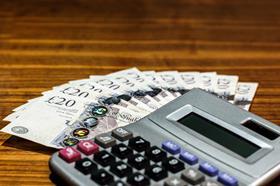 Subcontractors have told MPs that if they did not resign themselves to being paid late they would be unable to do much work for main contractors.

The damning comments were made at a parliamentary inquiry into how government can help small businesses and improve their productivity.

Bosses of smaller firms said they were forced to accept poor payment practices if they wanted to work for any of the big builders.

Answering a question from Tory MP Mark Pawsey as to why firms worked for companies that did not pay promptly, Tony Davis, managing director of Essex firm AMD Electrical, said: "Because they are all the same."

He added: "Over the 31 years I’ve been in the industry, I’ve probably worked for 100 different clients. I can count on one hand the number of clients who will actually abide by the terms of the contract with no fuss, no nonsense and pay you on time.

"If I was to walk away from 95 clients I might as well go and claim benefits somewhere because I wouldn’t be working for anyone."

Davis, who told the hearing Kier was a poor payer, added: "The closer the payment date gets the more quiet the conversation becomes until it gets to 40 days and there’s still no reply, 45 and there’s no reply and then eventually when you start threatening withdrawal of labour then you might get someone stand up and say it will be in your bank tomorrow."

Martin Burton, contracts director at building services engineer Arnold James, also told MPs that it was not practical to walk away from every client that paid out invoices late.

He said: "It’s got to be a commercial decision. Some of the clients that you work with you have commercial relationships with them and at the end of the day we have to do business."

Small business minister Kelly Tolhurst told the same inquiry that Prompt Payment Code signatories who do not respect payment terms will be investigated.

She said: “We will now investigate all complaints against signatories of the code and there will be regular reviews of signatories to the code.”

PPC signatories are expected to pay all suppliers in 60 days and work towards paying all invoices in 30 days.

But she said companies found breaching the code would not face any financial penalties but would be pushed to follow “best practice”.

Committee chair Rachel Reeves said the minister should go further. She said: “One way you could get them to pay their suppliers on time would be to tell them they won’t get government work unless they meet those requirements of the Prompt Payment Code.”

Tolhurst said she would not commit to more serious punishments until its consultation on poor payment practices had finished.