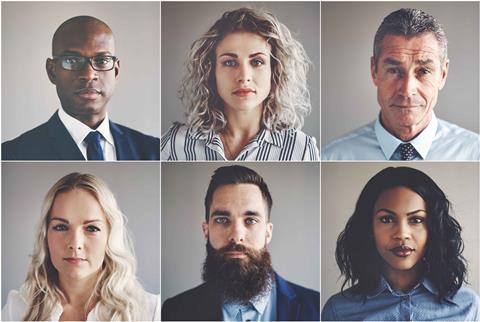 A majority of black and disabled people working in construction do not feel secure in their jobs and believe they have been discriminated against when applying for work, according to Building’s most comprehensive diversity survey yet.

The responses show a gulf between the experience of able-bodied white people and those who are disabled or from an ethnic minority background – in particular those who are black.

Nearly two-thirds of disabled people and 58% of black people said they did not feel secure in their job – compared with 41% for white people and the same figure for able-bodied respondents.

Chloe McCulloch: Building’s diversity survey – take a look around you

Richard Threlfall: Construction must admit it has a problem with diversity

Some 76% of black people said there had been an occasion when they felt their chance of getting a job was lowered because of their ethnicity – more than twice the number of white people who said the same. The figure was 55% for people of Asian descent, 53% for people of mixed heritage and 34% for white people.

Amanda Clack, head of strategic advisory at property firm CBRE, admitted: “When you look at some of the results […] it makes you think ‘wow, it’s shocking that we’re still at that point’.”

And Mace HR director Carol Hosey said the results showed why the industry is still struggling to attract staff who are not male and white: “Until diversity is recognised as a priority […] it will continue to limit our ability to attract diverse talent.”

Other findings revealed that 78% of black people said they felt their chances for career progression had been hampered by their ethnicity – with one-third of black respondents saying they felt this “all the time”. The corresponding figure for white people was 41% and 10%.

Black people and disabled people were also more than twice as likely to have been discouraged from entering the industry, with almost one-third from each category having been advised against construction.

Yvonne Smyth, group head of diversity and inclusion at recruiter Hays, which carried out the survey – answered by more than 1,000 people – said: “Most organisations would be quick to refute any suggestion progression is limited [because of discrimination]. However, employers need to be aware these perceptions do exist.”

Building’s survey also revealed a scepticism about the ability of leaders to affect change.

Most respondents – 60% – think construction leaders have a bias towards people who look, think or act like them, with less than 20% of those asked disagreeing.

Mary Pierre-Harvey, the first black female estates director in the UK, at Oxford Brookes University, said: “My experience is that line managers have attended training on diversity and inclusion because it was mandatory but that has not been enough to change their stereotypical views and less favourable treatment of black staff.”