Swan gets OK for next phase of Blackwall Reach overhaul

The scheme forms part of the wider 1,575-home regeneration of the area around the Blackwell Reach Dockland Light Railway station, which Swan is building in partnership with Tower Hamlets council and the Greater London Authority. 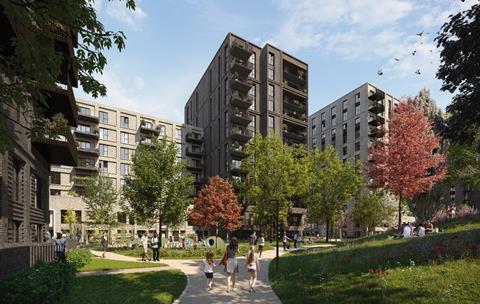 Phase three, designed by architect CF Møller, also includes delivery of a raft of public realm improvements around the station, including the planting of more than 200 trees as part of almost three acres of green space.

The whole regeneration scheme replaces 252 existing homes, with half of the new houses affordable.

Swan has already built out the 340-home first phase of the scheme, with the 268-home second phase under construction.