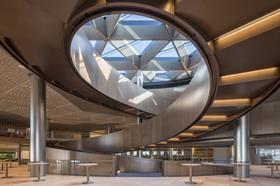 Stockholm-listed consultant Sweco has beefed-up its Anglo-Irish presence with an acquisition, creating a combined business with an £108m turnover and 1,340 annual employees across 26 offices.

It has scooped up MLM Group, an engineering firm founded in 1966, for an undisclosed sum.

MLM has a turnover of £40m, with most of its 13 offices located in London, Southern England and Ireland.

Sweco first entered the UK with the acquisition of Grontmij in 2015 and has since worked on schemes including the Queensferry Crossing and the Bloomberg European HQ.

The firm has traditionally been focused on work in the Netherlands and the Nordic countries, but in February the firm said it had adjusted its structure to add new emphasis to operations in Germany, Belgium and the UK – where it hopes to tighten its hold through acquisitions and organic growth.