The Spark office due to be finished July 2021

Turner & Townsend has been appointed to provide cost management services for the next phase of Legal & General’s major regeneration project in Newcastle-upon-Tyne.

Located within the firm’s £65m Newcastle Helix development, The Spark office is due to be finished in July 2021.

The 12-storey commercial office building will have an internal area of 13,200m².

The Spark building, which has been designed by local firm Ryder Architecture, is being built by Sir Robert McAlpine. Potter Raper is project manager on the scheme.

Work began on the wider Helix scheme last summer with Bowmer & Kirkland starting on the £50m National Innovation Centre that is due to complete next summer. The six-storey centre will include specialist research facilities for ageing and data and has been designed by GSS Architecture. Project manager is John Brown.

The Newcastle Helix development is being led by a partnership between the city council, Newcastle university as well as Legal & General. The backers of Helix want it to become a major UK hub for scientific research and technology businesses. 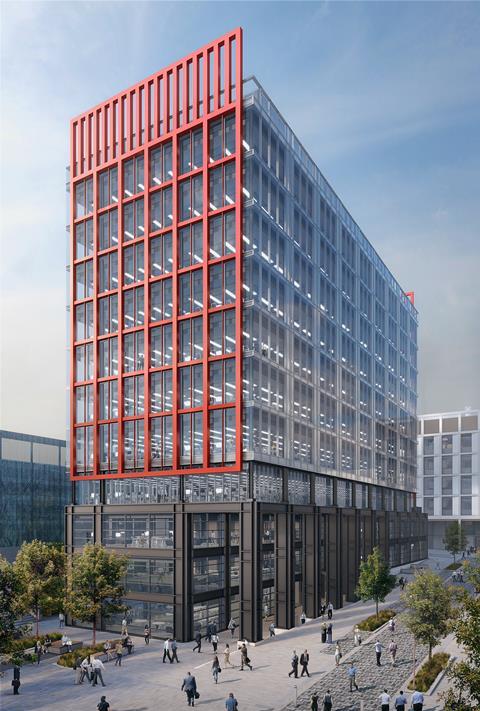