Tate Modern to use Thames to heat and cool extension 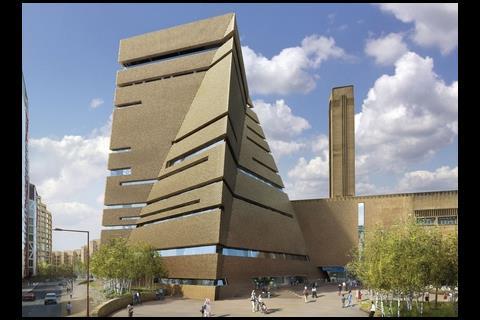 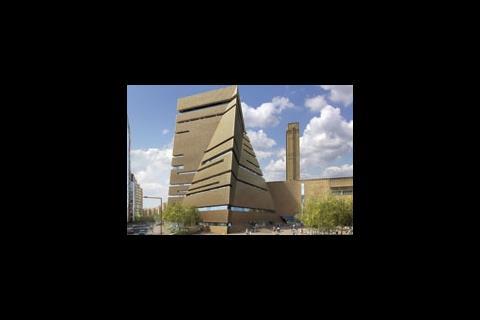 The Tate Modern will next week begin work on a plan to use groundwater for heating and cooling its £215m Herzog & de Meuron-designed extension.

On Monday, consulting engineer Max Fordham Partnership will begin drilling 10m boreholes into the gravel which lies deep beneath the site, on the Thames’ former flood plain. The project is thought to be the first of any scale to take water from Thames gravel beds.

Previous schemes in London, including the Royal Festival Hall refurbishment, which Max Fordham also designed, have made use of the water contained in a chalk aquifer, 100-120m below ground level. However, this option is now highly regulated by the Environment Agency because of concerns that aquifers which supply drinking water could be contaminated.

The use of the gravel water at Tate Modern is part of a strategy to cut 54% of energy and 44% of carbon dioxide emissions from the building, which is scheduled to open in 2012.

Mark Nutley, Max Fordham’s project manager, said the system would use the differential between the air temperature and the 14-15ÞC underground water to heat and cool the space. This “open loop” system uses a heat pump to extract energy from the groundwater to heat the building in the winter and cool it in the summer. The water is then fed back into the gravel bed.

US engineer Parsons Brinckerhoff is providing technical expertise on the borehole procedure.

The extension will still draw 70% of its heat from the neighbouring EDF substation, which is being moved to accommodate it.

The heat pump takes energy from water to heat the gallery in winter. The system works in reverse in summer

For more on the extension to Tate Modern, search www.building.co.uk/archive