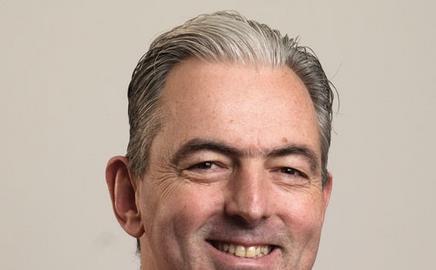 Taylor Wimpey became the UK’s biggest housebuilder this week after a £5bn merger. Its shares traded on the stock market for the first time on Tuesday.

The merger of Taylor Woodrow and George Wimpey will catapult the combined company into the FTSE 100, where it will join Barratt and Persimmon.

“We were wary of going the same way as past mergers where you end up going backwards in volume when you put two businesses together. We don’t want to shrink the businesses.”

The UK housing business will be split into three divisions – the North, Midlands and South. Each will comprise 12 businesses producing about 22,000 UK completions each.

Sutcliffe said Taylor Woodrow and Wimpey had in the past been criticised for making margins of 12-13% – lower than the industry average. He said the plan was to address that: “You can’t do it overnight, but we are hoping to get to 14% in 2007.”

Overall, the Taylor Wimpey Group, headed by Peter Redfern as chief executive, is to make 700 people redundant, leaving it with 13,000 staff.

The redundancies come from six office closures, including Taylor Woodrow’s head office at Solihull and Wimpey’s High Wycombe headquarters. Taylor Wimpey is looking for a new headquarters in the M40 corridor west of London.

Last week both companies said the weak US market remained “very challenging”. They also warned that the UK housing market was slowing down and that the second half of this year would be tougher than the first.