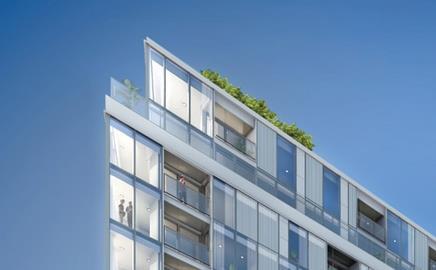 Telford Homes and Bovis Homes could cut up to 260 jobs between them over the next year as a result of the economic downturn.

Speaking after Telford announced its results for the six months to 30 September 2008, Andrew Wiseman, its chief executive, said the London housebuilder would cut up to 60 jobs over the next 12 months to help it survive.

He said: “We have 170 members of staff at the moment and that will have to drop by up to a third in 2009 to reduce the scale of the company.”

The company posted a pre-tax loss of £1.1m after a land writedown of £1.4m over the period. Turnover was £35.6m. The equivalent turnover figure in 2007 was £11.3m, although results for the year were skewed downwards by £63.3m owing to changes in financial reporting standards.

The company completed 119 homes over the six-month period.

Wiseman denied the collapse into administration of several medium-sized developers such as David McLean Homes was a worrying sign for Telford.

“It all depends on the individual business. If you are developing lots of sites speculatively then you’re stuck, because you can’t turn them into cash. Our pre-selling model is different and we’ve got 600 exchanges to be converted into completions next year.”

Meanwhile,Bovis Homes also confirmed this week that it would make further redundancies. It refused to reveal the extent of the cuts but one source suggested it could be as high as 200 people. It will follow the loss of 400 employees in July, which shrank its workforce from about 930 to 530.

An announcement is expected in January.

It is believed the company needed to shrink its workforce because a large part of its unsold stock has already been built.

One analyst said more cuts could follow elsewhere in the sector: “There still seems to be quite a lot that can be chipped away at housebuilders. All bets are off in this industry at the moment.”