TfL to start search for build to rent partner

The transport authority is looking to develop more than 3,000 build to rent homes 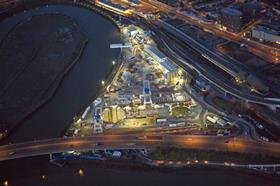 Transport for London is preparing to start its search for a private partner to help deliver more than 3,000 build to rent homes on land it owns.

TfL will officially launch the search for a partner on the project, which will include at least 40% affordable homes, later this month.

The transport authority said using a build to rent approach would allow homes to be delivered more quickly and allow TfL to retain a long term interest in the future development of its significant property estate and create a stable long term income stream with prospects of long term growth.

Graeme Craig, director of commercial development at Transport for London, said: “Making this significant move into the build to rent sector has huge benefits for TfL and London as a whole.

“We want to help meet London’s critical need by building thousands of homes at pace, including high levels of affordable homes. We also want to create a legacy of high-quality homes across London that will create sustainable long-term revenue for TfL.

“Built to Rent allows us to achieve both these aims - and we will looking for a partner who shares our ambition to create the most important property portfolio in London.”

TfL already has plans in place to build over 10,000 homes on land it owns across London, with half of the homes it has brought forward since May 2016 being affordable.

Sites are being brought to market through a number of different routes including through TfL’s Property Partnership Framework, the GLA’s ‘London Development Panel’, as well in partnership with neighbouring landowners and through the GLA’s ‘Small Sites, Small Builders’ programme.

Earlier this year, TfL brought Limmo Peninsula (pictured) in Newham to market through its Property Partnerships Framework and launched 10 small sites through the Mayor of London’s Small Sites Small Builders portal which is targeted at the SME sector.

Details about the sites that could be used to deliver the build to rent homes will be revealed in the coming weeks, while the opportunity for companies to express interest in the project will be open from 24 September.