The eco-towns saga: how not to win friends 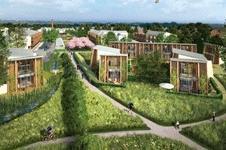 Just how did the clever idea of a showcase for building green communities turn into a policy exercise of such embarrassment?

The government will reveal which eco-towns are to get the go-ahead later today, when the eco-towns planning policy statement is published. Making major announcements just as the holiday season gets into top gear isn't new, but few anticipated policy announcements have had such a troubled history.

What began as a novel and attractive concept soon fell into disrepute and unpopularity through what can only be described as poor handling. Eco-towns could have given the government a way of showcasing a new way of living, as the garden cities did in the 1960s, with innovation in technology and renewable energy. What has emerged instead has won few friends, largely because of the suspicion that schemes would somehow get planning approval without proper local scrutiny. Essentially it is a missed opportunity.

The likely upshot will be that four of the 10 candidate proposals will get government support. Of course, being named favourably in the PPS is only a next step – any proposal will need to be worked up into a planning application and submitted in the normal way. The likely names already being talked about are Rackheath near Norwich, North West Bicester, China Clay near St Austell and Whitehill Bordon in Hampshire. All have local authority backing, which is essential if any are to have a smooth passage through the planning process and win general support.

The government is likely to say that only four out of 10 eco-town plans are viable, suggesting that economically, if not socially, the planned towns are pretty unworkable. The eco-town idea was formed when the economy was doing well, with no thought given to how they would operate in a recession. There have even been serious doubts over the viability assessment undertaken and the assumptions made. So it's still possible we will never see any of these shining exemplars of a new way of living.

The eco-town schemes are not “planning led”, unlike all other strategic developments of such size. No thought was given to regional planning guidance or infrastructure – nor has it been made clear how these settlements would avoid reliance on cars.

Conversely, the real issue today is the problem of meeting housing needs. The funding and planning time wasted on the eco-town concept should have been invested instead in incentivising housing, as any eco-town that does proceed to a planning application will not be built until some way in the future.

Beverley Firth is a partner at solicitors Mills & Reeve.