The Lighthouse hit by recession 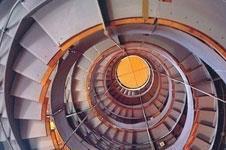 The Scottish centre for architecture and design The Lighthouse has announced six redundancies.

The move is part of the Charles Rennie Mackintosh-designed centre’s new business plan aimed at saving it from financial ruin.

The new plan will see galleries four and five turn into commercial hire space, with offices on the first floor converted to gallery spaces.

The Glasgow City Council has agreed to provide the extra requested £50,000 annual funding following the move.

The Lighthouse has been in financial trouble, reportedly seeking a £250,000 loan.

Councillor George Ryan, executive member for development and regeneration services at the council, said: “It has implemented a new business model which will make it more commercially viable, and we have been assured that it is taking steps to restructure to allow it to cope with the challenges it is facing.”

The Lighthouse Architecture Series is showing an exhibition of the work of one of Scotland’s most notable architecture firms Gareth Hoskins Architects (pictured).

The exhibition is curated by RIBA Journal editor Hugh Pearman.