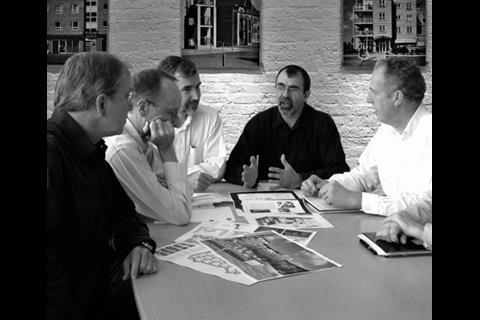 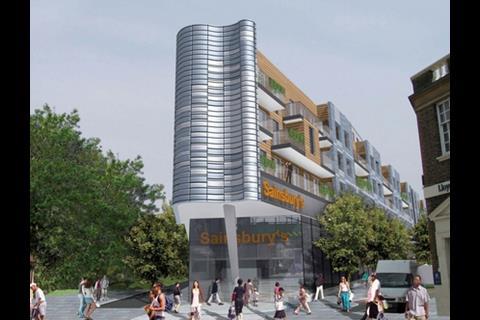 Andy von Bradsky is the new face of London-based practice PRP, the UK’s biggest housing architect with 350 staff. Although he has been at the practice for 22 years – “man and boy”, as he puts it – only now has the 51-year-old landed the top job of chairman.

He won’t take over from Barry Munday until October, but he has already been steering the business into new markets. At the end of last month, for example, he took a week-long trip to China and returned with the commission for 2,500 homes in Chongqing.

China is a new market for PRP Architects, and is part of a strategy to internationalise. Other countries where the practice has picked up work in the past year include Russia and India.

In the UK, von Bradsky has led the practice in the sectors of urban regeneration and sustainable development. He is particularly proud of St Matthews Estate in Brixton, south London, a £1.5m key worker flats scheme that the firm worked on with sustainability guru Bill Dunster.

Why, then, the need to work overseas? “Regeneration in the UK takes a long time to happen, and it consumes a huge amount of our resources,” is his surprising answer. “That is because it is beset by funding problems and planning delays. So we’re looking to other markets for better cash flow and higher profitability.”

As well as overseas schemes, the practice is targeting mixed-use schemes for commercial developers and retailers such as Quintain, Tesco and Sainsbury’s. Von Bradsky also wants to promote the firm’s expertise in environmental services, project management, landscaping and interior design, rather than focus purely on the core disciplines of architectural design and masterplanning.

“I want the practice to grow, but not just bigger,” he says. “I want to drive up the quality of what we produce and the recognition we get.”

Barry [Munday] is presidential in style. I want to be more part of the team

Von Bradsky stresses that the key principles behind his succession are continuity and change. There is more to these two principles than a bland soundbite to keep clients happy. Continuity is well established in the practice, with von Bradsky only the third chairman to be appointed in its 44-year history.

Continuity is also evident in directors’ board meetings that, so von Bradsky claims, never involve voting, which could be divisive.

Change is equally evident in the practice maintaining itself at the dynamic forefront of the rapidly evolving and increasingly competitive housing development sector.

Von Bradsky takes over from Barry Munday, who as well as being eminently genial has had the tenacity to nearly triple the size of the firm from 120 in 1994. “Barry is presidential in style,” says von Bradsky. “I want to be more part of the team and want greater collaboration.”

He points to a chart he has produced showing the 11 directors in the 4:4:2 formation of a football team with himself in midfield. “I’m a player manager, still running projects.”

Von Bradsky will be joined by fellow director Roger Battersby who will replace Chris Rudolf as managing director who, like Munday, is retiring. “Roger’s strengths are in internal organisational issues and keeping the practice running. My strength is going outside into the wider world.”

As his recent trip to China only goes to prove.

For more on PRP, search www.building.co.uk/archive