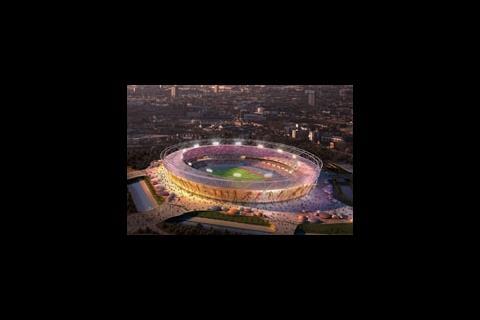 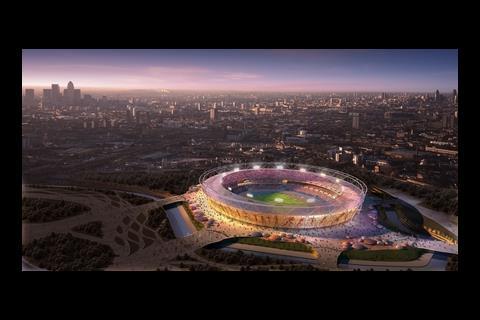 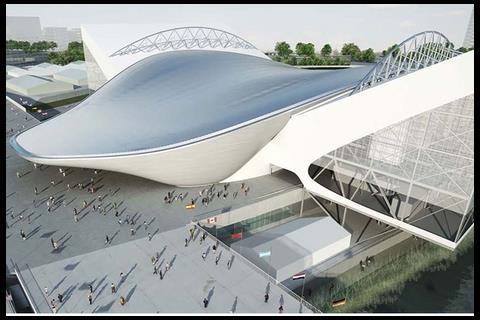 The Commission for Architecture and the Built Environment’s Olympics design review panel has issued comments on the Olympic Stadium, Aquatics Centre, park masterplan and infrastructure.

The results are likely to make dispiriting reading for Arup and Allies and Morrison, whose bridges for the stadium and aquatics centre have been slammed by the panel.

But the panel has given its support to HOK Sport’s much-maligned Olympic Stadium, and has applauded Zaha Hadid’s “highly accomplished” Aquatics Centre.

In spite of criticisms from the architectural community at the time of the stadium’s launch, CABE’s Olympic design review panel says HOK Sport’s stadium has “the potential to be a visually exciting and elegant piece of architecture and engineering.”

In particular, the panel said the temporary Olympic structure presents “exciting design possibilities” and said the sunken bowl design for the stadium would become an integrated part of the Park landscape in legacy mode.

The panel says the decision to address the design of pedestrian bridges surrounding the Stadium and Aquatics centre later in the planning process could lead to a “functional engineering solution lacking in Olympic spirit.”

It urges the ODA to consider a holistic approach to the bridge designs “to ensure that the delivered bridges are distinctive places rather than generic infrastructure.”

In particular, the decision to cut Zaha Hadid out of the design of the bridge linking her Aquatics Centre to the park is “regrettable,” according to the panel, and the current design “suppresses the dynamic built form of the Aquatics Centre.”

The Aquatic Centre itself is praised by the panel for its “potential to be a highly accomplished project.”

However, it warns that the detailing of the Centre’s complex curvilinear roof – which has been subject to a number of redesigns – is “critical,” and that unless it is done carefully, the Centre’s visual appearance may be compromised.

The panel suggests a rain screen surface clipped onto the roof could “work reasonably well” to achieve the “seamless finish” intended by the design team.

Access to the Centre also comes in for criticism, with the panel noting that the gradients and sightlines may be inappropriate for wheelchair users and that in legacy mode disabled patrons will have to travel the length of the building to access a lift.

The review says: “At the very least we would expect a Paralympic venue to positively discriminate for wheelchair users and provide adequate accessible spectator seating.”

EDAW and Allies and Morrison’s masterplan for the park gets a general thumbs-up from the review panel.

The review said: “The methodology is robust and the design principles, which we broadly support, are clearly expressed.”

However, the panel remains unconvinced as to how the masterplan will be transformed in legacy mode. It asked for further clarification of the process to define the extent and character of the Park during the transformation phase.

It also expressed concerns that the masterplan does not address the role of surrounding areas in relation to the park. The review said: “In particular, we continue to have concerns about the relationship of the Park to the south and connections to Stratford City.”