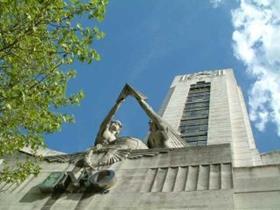 The National Audit Office (NAO) has expressed concern that a third of major government projects due to be delivered in the next five years are rated as being in doubt or unachievable if action is not taken to improve delivery.

There were 149 projects as of June 2015 in the Government Major Project Portfolio with a combined whole-life cost of £511bn. They include schemes such as Crossrail and HS2.

The projects within the portfolio include construction, infrastructure, service reforms and ICT Projects and because of their size, risk and impact require the Treasury’s approval.

In its progress report on measures to improve delivery of major government projects the NAO said that there had been initiatives designed to improve the oversight and delivery of projects, but their impact was unclear.

The NAO added that there is still a “disappointing” lack of progress in the improvement of portfolio management with no single organization having a whole view of the entire portfolio of government projects, an inconsistency in the reporting of costs and no proper monitoring of whether the intended benefits of the projects were achieved.

These issues the NAO said made it “difficult to tell whether performance was improving without reliable and consistent measures of project success”.

Sir Amyas Morse, head of the National Audit Office, said: “I acknowledge that a number of positive steps have been taken by the Authority and client departments.

“At the same time, I am concerned that a third of projects monitored by the Authority are red or amber-red and the overall picture of progress on project performance is opaque. More effort is needed if the success rate of project delivery is to improve.”