TfL board meeting hears about 'inevitable' task of sorting out problems

There are thousands of defects that still need to be fixed across the Crossrail network, the boss of the £18bn project has admitted.

Chief executive Mark Wild said that while most of the stations, portals and shafts were substantially complete, the project teams are now beginning the "inevitable" task of tackling issues with the work. 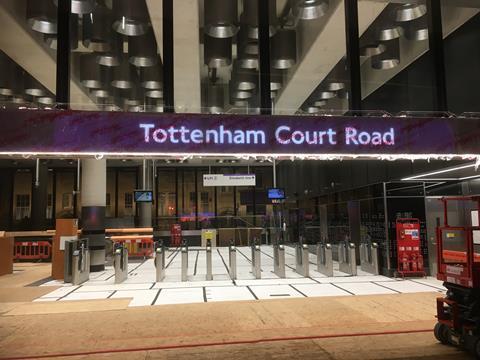 "The issue we have now is that we have several thousand defects, bugs and observations that do need to be cleared out," he said.

"To give one example of why this is so challenging: our CCTV system has 20,000 assets, our PA system has 17,000 assets – and they need to all work together in the event we need to evacuate one of our stations."

The revelation came at a TfL board meeting held at City Hall yesterday (Wednesday).

>> Analysis: Caroline Pidgeon on a decade spent scrutinising Crossrail
>> Explainer: How the Crossrail delay has unfolded

Wild said that there was still work to do at Whitechapel station, which is being completed by a team featuring Balfour Beatty, Morgan Sindall and Vinci, and at the Costain/Skanska-built Bond Street. Papers published ahead of the meeting revealed that this would continue at the two stations for much of 2020.

Wild described Whitechapel as "the most challenging railway job ever done in Europe". He said it was unlikely to be completed before September or October.

He said he was confident that construction at Bond Street would be finished this year and was "increasingly confident" that it would be ready to open in line with the rest of the central London section of the route.

Last year Wild admitted that the station would not be ready at the same time as the rest of the line, which was scheduled to open between October this year and March 2021. But Crossrail announced this month that it would not now be running trains from Abbey Wood to Paddington until the summer of 2021 – two and a half years late.