Exclusive: Balfour Beatty, Costain and Kier among firms in the running for main civils job on £10bn Wylfa project 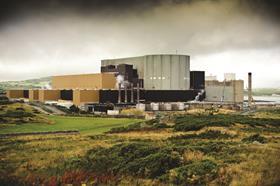 Three bidders have been shortlisted for the multibillion-pound contract to build Hitachi’s £10bn nuclear power station at Wylfa in Wales, Building can reveal.

The Japanese firm, which bought the Horizon nuclear power project last October, is seeking a contractor for the main civils job on the project, thought to be worth around £2.5bn.

Building understands just three bidders are left in the race for the contract: a joint venture between Kier and Bam Nuttall; the Construct Energy consortium comprising Costain, Sir Robert McAlpine, Hochtief and Heitkamp; and Balfour Beatty, which is bidding alone. It is understood that Carillion and Laing O’Rourke were initially in the frame for the job, as separate bidders, but dropped out.

The bidders are due to fly to Japan later this month to pitch to Hitachi and learn more about the construction of its reactors. Hitachi currently has a power plant undergoing construction in Ōma, in northern Japan.

A preferred bidder for the Wylfa scheme is due to be selected in mid-2014. However, construction work is not expected to start for five years as Hitachi has yet to gain a licence for its reactor.

Whoever wins the job is likely to have to work closely with Hitachi’s own Japanese contractors to help realise the construction of the reactor in the UK.

Balfour Beatty has been connected to the Wylfa project for some time and had been the favourite to build the plant when it was bidding alongside French reactor designer Areva, but this was before Horizon was sold to Hitachi.

Balfour Beatty is targeting a massive nuclear contract for the second time after it lost out on the £2bn main civils job at EDF’s Hinkley Point C nuclear power project last year, when it was in consortium with Vinci. The Laing O’Rourke and Bouygues joint venture won the contract. The Construct Energy consortium was also in the race for the Hinkley civils job but dropped out at an earlier stage.

A Hitachi spokesperson said: “We are in a commercial selection process for some of this work at the moment, and naturally cannot comment on speculation over parties involved.”

She added that the firm’s nuclear projects would “bring huge opportunities for UK businesses”.

“We will let a number of packages of work, which will generate further opportunities throughout the tiers of the supply chain.”

The news comes as the government embarks on a fresh push for further investment in the UK’s nuclear power projects.

Energy secretary Ed Davey is set to visit China later this month to discuss a range of issues including the nuclear programme. He is expected to court investment from the Chinese in building the UK’s nuclear power plants.

Meanwhile, Sir John Armitt, former chair of the Olympic Delivery Authority, this week called for the government to establish an ODA-style body to focus on pushing forward the UK’s nuclear new build programme, which has stalled as the government and EDF have failed to reach a deal on the price of the electricity from the Hinkley power plant.