Three contractors in the frame for TfL’s Vauxhall redevelopment

Scheme is waiting for approval from London mayor Sadiq Khan

Skanska, Morgan Sindall and Costain will be battling it it out to redevelop Vauxhall gyratory once the scheme is given the final go-ahead by London’s mayor. 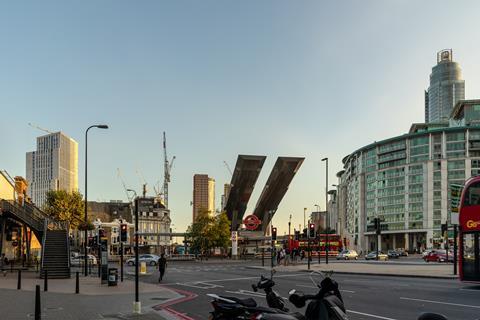 The scheme will deal with increased passenger numbers

According to papers published ahead of today’s Transport for London board meeting, the transport authority’s commissioner Mike Brown revealed one of the three will build the scheme once it is signed off by Sadiq Khan.

In a report, Brown said: “The revised plans for the Vauxhall Cross Island site (located in the middle of the gyratory) were approved by Lambeth council planning committee in December and will now be referred to the mayor with a decision expected in early 2019.

“This planning permission is the last external consent required and, subject to a review by the secretary of state for transport, we will progress with a mini-competition through our civils project framework to appoint a design and build contractor.”

Skanska, Morgan Sindall and Costain were all appointed to the four year, £500m framework two years ago.

TfL said it was working to make Vauxhall gyratory (pictured) safer for cyclists and pedestrians, improve the bus station and accommodate the increased number of passengers as a result of nearby developments at Vauxhall, Nine Elms and Battersea.