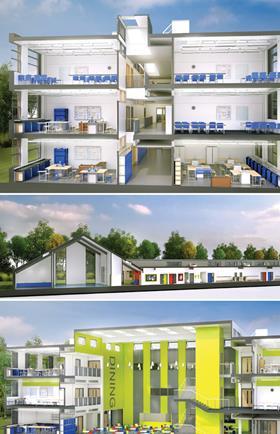 Wates, Morgan Sindall and Interserve have been shortlisted for the government’s first batch of private finance schools, Building can reveal.

Building understands that Wates, Morgan Sindall and a partnership between Interserve and Kajima have been invited to bid for the £150m batch of private finance schools in the Hertfordshire, Luton and Reading area.

It is understood that around 10-12 firms bid for the batch, with three now chosen to go forward to the next stage.

The appointment of a preferred bidder is not expected until February next year.

The batch of schools is the first of five batches to be procured through the government’s new Pf2 private finance initiative.

It will use a version of the PF2 model, called the “aggregator model”, which will use an organisation to provide debt funding for all batches, rather than each batch having to secure its own funding.

The official contract notice issued by the EFA said contractors would be asked to design, build, finance and maintain the new build schools.

The schools included in the batch are:

The EFA went out to tender on the £120m second batch of Pf2 schools, in the North-east of England last month.

The remaining three Pf2 batches are expected to be brought to market within the next 12 months. They comprise: